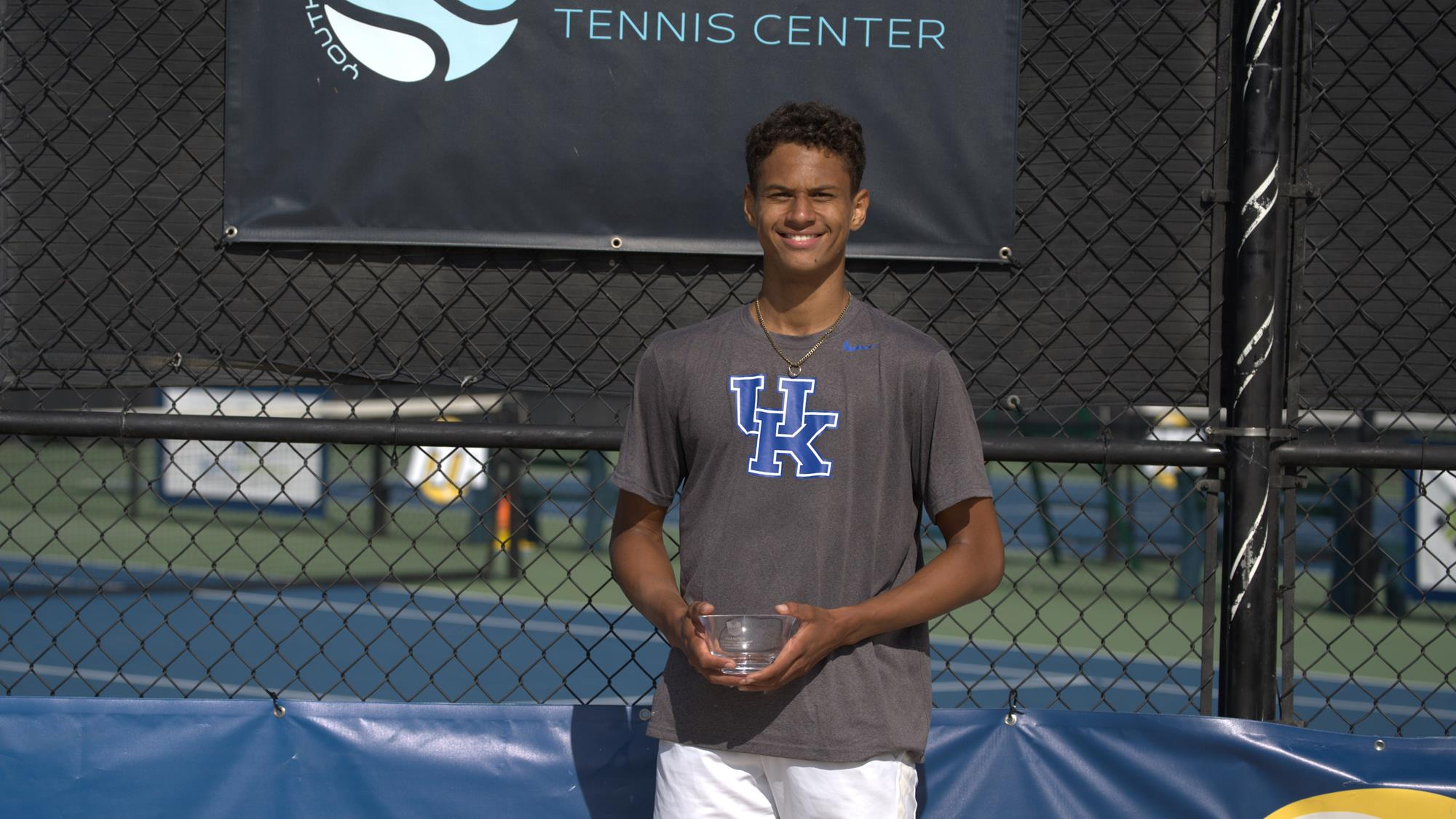 The Wildcats combined for five victories overall, including four from Diallo. After falling 6-3, 7-5 to Cornell’s Alafia Ayeni in the first round of the main draw, the sixth-seeded Diallo bounced back with sweeps of Wake Forest’s Taha Baadi and Virginia’s Jeffrey von der Schulenburg before winning three-set thrillers over Colorado’s Alex Kotzen and Pepperdine’s Pietro Fellin to claim the consolation crown.

“I was really proud of the way (Diallo) bounced back after a first day that he will admit wasn’t good enough,” said UK assistant coach Matthew Gordon. “We always discuss how we must grow from our losses, and he did a great job making some adjustments to his preparation and mindset on the court. He understands he is close to taking his game to another level and must continue to work hard to get there.”

Joshua Lapadat and JJ Mercer earned Kentucky’s only doubles win of the weekend, defeating Roberts Grinvalds and Andrei Duarte of Georgia State 7-5, 6-4 in the round of 32. The duo lost to eventual national champion and top-seeded Robert Cash and Matej Vocel of Ohio State in the round of 16.

“It took the No. 1 team in the country to give JJ and Josh their only doubles loss of the fall,” Gordon said. “What I love about them is how motivated they are to improve and carry their doubles success over into singles.”