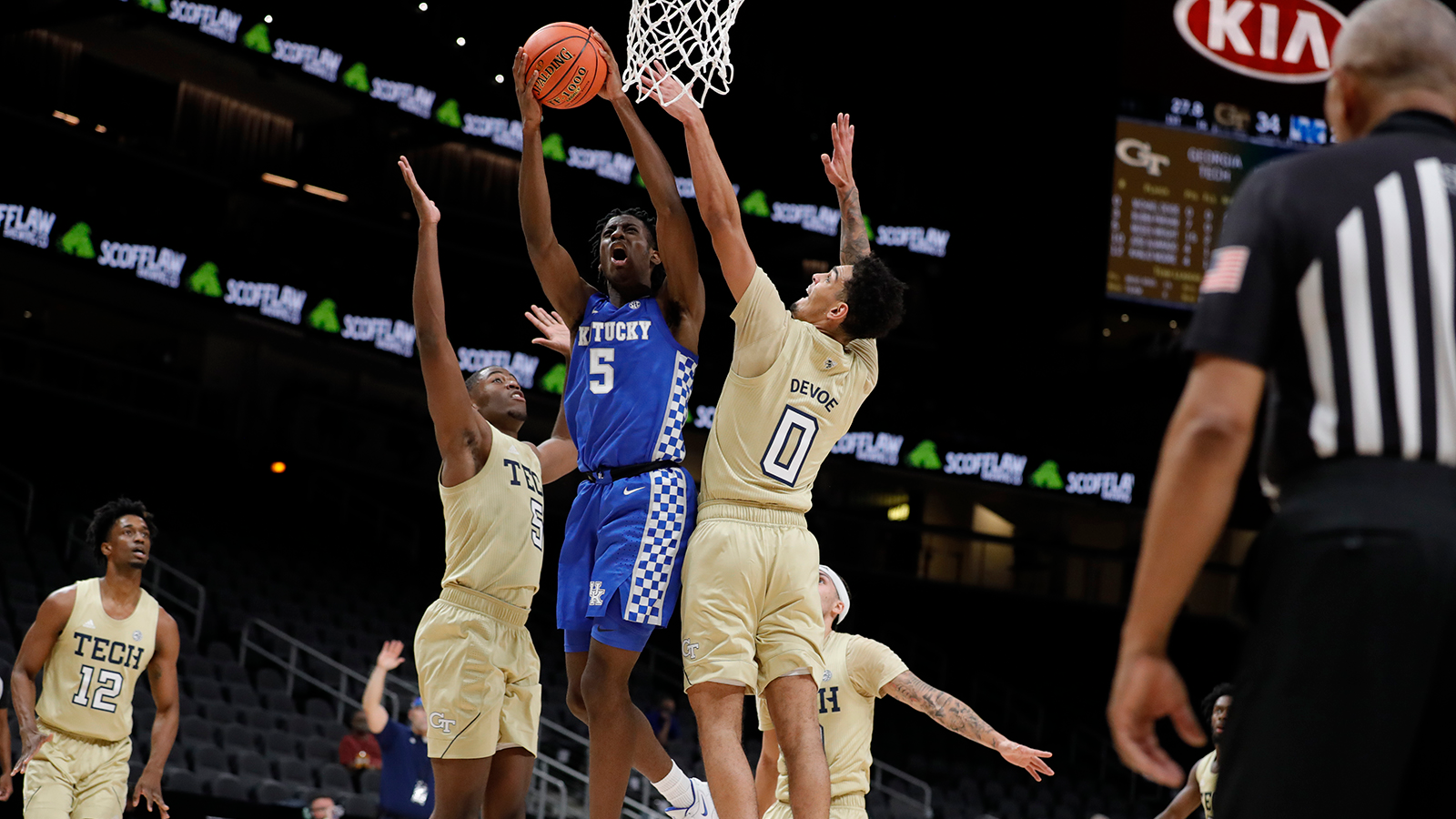 That’s making it tough for the Kentucky coach these days.

Moses Wright scored 21 points and Georgia Tech recovered from a poor start to the season to beat No. 20 Kentucky 79-62 on Sunday, giving the Wildcats their third straight loss.

After opening the season with a win over Morehead State, the Wildcats (1-3) lost to Richmond and Kansas before seeing their losing streak stretched to three games.

“There’s a lot of stuff we’re working on and losing games makes it harder,” Calipari said.

Calipari said if his young squad, loaded with freshmen, “play bad and do stuff and win a game, they’re, ‘OK we can do this.’ But we don’t have any wins.”

Freshman Terrence Clarke had 22 points for Kentucky. Brandon Boston Jr., who had 11 points, was the Wildcats’ only other scorer in double figures.

Two of the Wildcats’ three losses were by double figures. It’s enough to rattle the confidence of even a proud Kentucky team.

“I mean everybody is knocking us around right now,” Calipari said.

Georgia Tech (1-2) rebounded with a strong performance following losses to state rivals Georgia State and Mercer. The Yellow Jackets won with defense, with 15 steals leading to an overwhelming 33-4 advantage in points off turnovers.

“We didn’t hang our heads over those losses,” said Bubba Parham, who had 17 points. “Yeah, those losses sting. At the end of the day we understood the bigger goal. We put that behind us. We just wanted to focus on this game and play the way we wanted to play.”

Georgia Tech outscored the Wildcats 36-20 in the paint.

Led by Wright, a 6-foot-9 junior, the Yellow Jackets took advantage of their edge in experience to beat a young Kentucky team.

“Coming off those two losses everybody was like we shouldn’t be in this position,” Wright said. “Everybody started grinding in the gym to just get better and better. This was the outcome we wanted.”

Calipari started four freshmen. The Wildcats lost eight of their top nine scorers from last season. Keion Brooks Jr., the only returning scholarship player, has missed the first three games with an injury.

Kentucky led 22-20 before Georgia Tech took the lead with a 13-0 run. Wright had a reverse layup and free throw for a three-point play during the run. Wright caught a pass from Michael DeVoe before briefly losing control under the basket before making the reverse shot over his head off the backboard.

Parham and Khalid Moore made 3-pointers in the run that gave the Yellow Jackets their biggest lead of the half at 32-22.

A floater by Isaiah Jackson cut it to 45-42 early in the second half. The Yellow Jackets answered with an 11-0 run, including back-to-back baskets by Parham, to push the lead back to double figures.

Even by Kentucky standards, this is a major rebuilding job and the Wildcats’ youth showed against Georgia Tech. Kentucky relied too heavily on 3-pointers. Clarke and B.J. Boston combined to make 6 of 11 3s, but the Wildcats had too little help on long-distance shots.

It was a key recovery for coach Josh Pastner’s Georgia Tech team. Pastner said he eased up on contact practice before the season, leaning on his team’s experience, due to the coronavirus pandemic. That hurt the team’s preparation for its first two games but the Yellow Jackets turned up the intensity, especially on defense, against Kentucky.

“This was our first week that we’ve been able to practice a full week of contact since March,” Pastner said.

Kentucky likely will be bounced from the Top 25 following their second loss by double figures.

Kentucky fell to 71-33 in games played in the Atlanta area. It’s history of success in NCAA and SEC tournament games played in Atlanta helped lead to the “Catlanta” nickname.

This atmosphere was different. No tickets were sold in the game played at State Farm Arena, home of the NBA’s Atlanta Hawks.

Georgia Tech: At Nebraska on Wednesday night in the ACC/Big Ten Challenge.