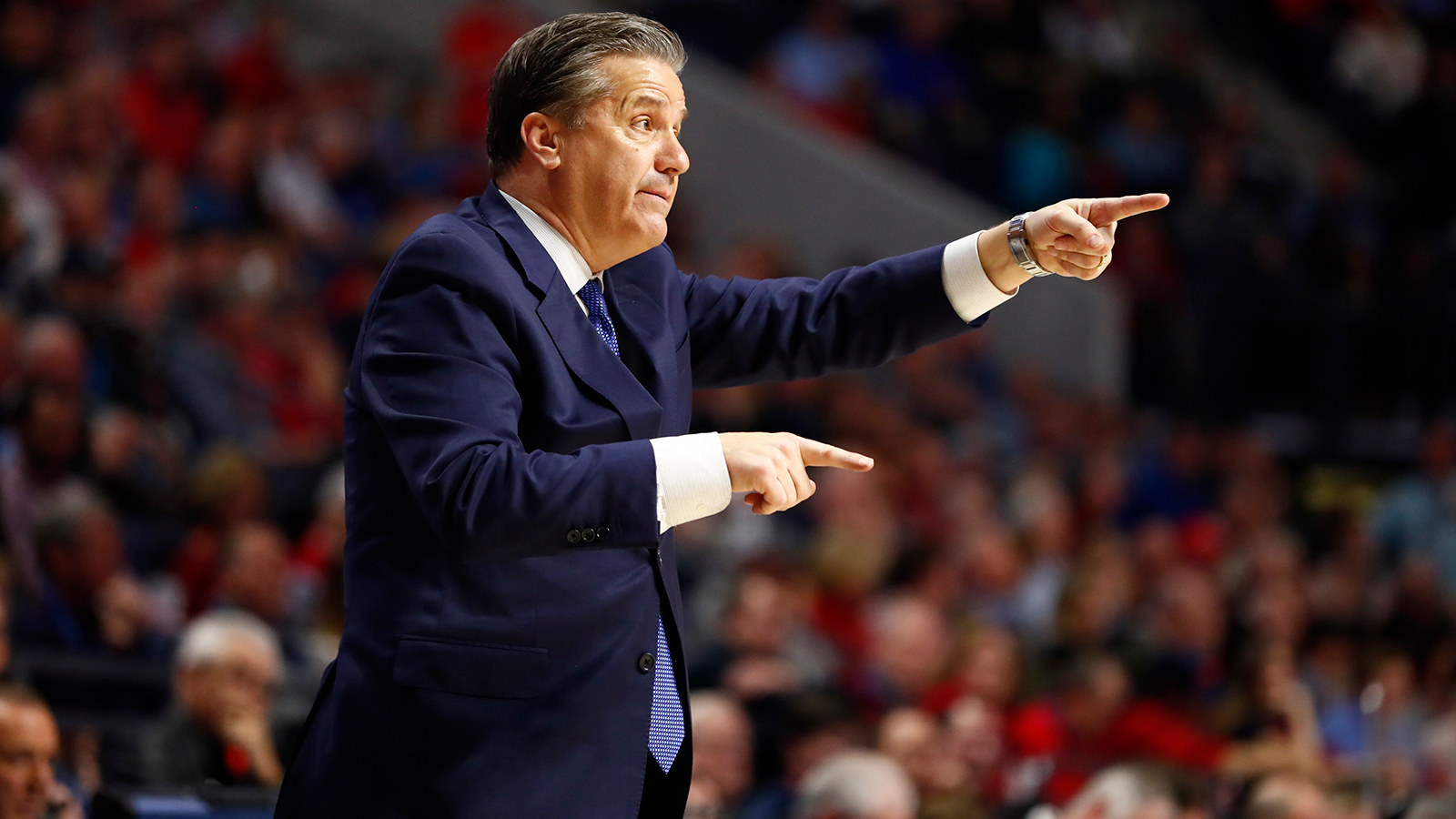 OXFORD, Miss. – PJ Washington is in the discussion for Southeastern Conference Player of the Year, but he was a missing man during the first half Tuesday night, banished to the bench by early foul trouble.

At halftime, Kentucky coach John Calipari had a message for him: Get ready, because the ball’s coming to you.

Washington responded with all 13 of his points in the second half to help No. 6 Kentucky earn a hard-fought 80-76 victory over Mississippi. The 6-foot-8 sophomore shot 6 of 10 from the field after the break, converting several big buckets to hold off the Rebels.

“I told him at halftime we’re throwing to you every time,” Calipari said. “So you be who you’re supposed to be. And he was.”

Kentucky (25-5, 14-3 Southeastern Conference) bounced back from its 71-52 loss at No. 5 Tennessee on Saturday. Keldon Johnson led the Wildcats with 22 points and Tyler Herro scored 20 on 8-of-12 shooting. EJ Montgomery had four blocked shots.

Kentucky shot 55.4 percent from the floor and dominated in the paint with 34 points. The efficient performance was a welcome change after the Wildcats made just 14 field goals and shot 32 percent in the loss to Tennessee.

“We just came in focused and did what we usually do,” Johnson said. “We put the last game behind us and didn’t really think about it. We came into this game ready to attack and be aggressive.”

Congratulations to @UKCoachCalipari on becoming the fourth-fastest coach in NCAA Division I history to 300 wins at a school. pic.twitter.com/AHhRYpM9Wk


Ole Miss (19-11, 9-8) has lost three straight and four of five. The Rebels trimmed their deficit to 78-76 with six seconds left, but Immanuel Quickley made two free throws to put the game out of reach.

Terence Davis led the Rebels with 25 points and 12 rebounds on his Senior Night. Breein Tyree scored 21.

“We had great energy,” coach Kermit Davis said. “I thought our team played the entire game. Kentucky’s just good. They’re maybe a No. 1 seed (in the NCAA Tournament). That’s just who they are. They’re a tough cover for a lot of different teams.”

Ole Miss led 39-38 at halftime thanks to 15 points from Davis. The 6-foot-4 guard also had six rebounds and two assists before the break.

Herro scored 13 points in the first half on 6-of-6 shooting.

Terence Davis has 1,485 career points, which ranks 13th in school history. The Southaven, Mississippi, native barely played during his freshman season, but made a huge leap forward as a sophomore and has been among the Rebels’ most important players for three straight years.

He averaged 14.9 points as a sophomore, 13.5 as a junior and is scoring nearly 16 points per game as a senior.

Kentucky: It was a good bounce-back win for the Wildcats, who were tested once again. Kentucky prevailed thanks to an efficient offense that finished tough chances close to the rim. Washington’s second-half outburst was huge. Kentucky remains in the mix for a No. 1 seed in the NCAA Tournament going into the regular-season finale against Florida.

Ole Miss: The Rebels were feeling good about their NCAA Tournament chances a few weeks ago, but three straight defeats have hurt the resume. Two have come against Tennessee and Kentucky, and while those are certainly understandable, it means Saturday’s road game against Missouri could have NCAA implications.

“It’s not a must-win, but I think these are all NCAA Tournament play-in games,” Kermit Davis said. “Do I think we’re an NCAA Tournament team? You bet. Everybody in our league thinks we are. If you watch us, do we pass the eye test in these games? No question about it.

“But there’s no doubt, it’s a really, really big game for a lot of teams on the last weekend of the regular season.”