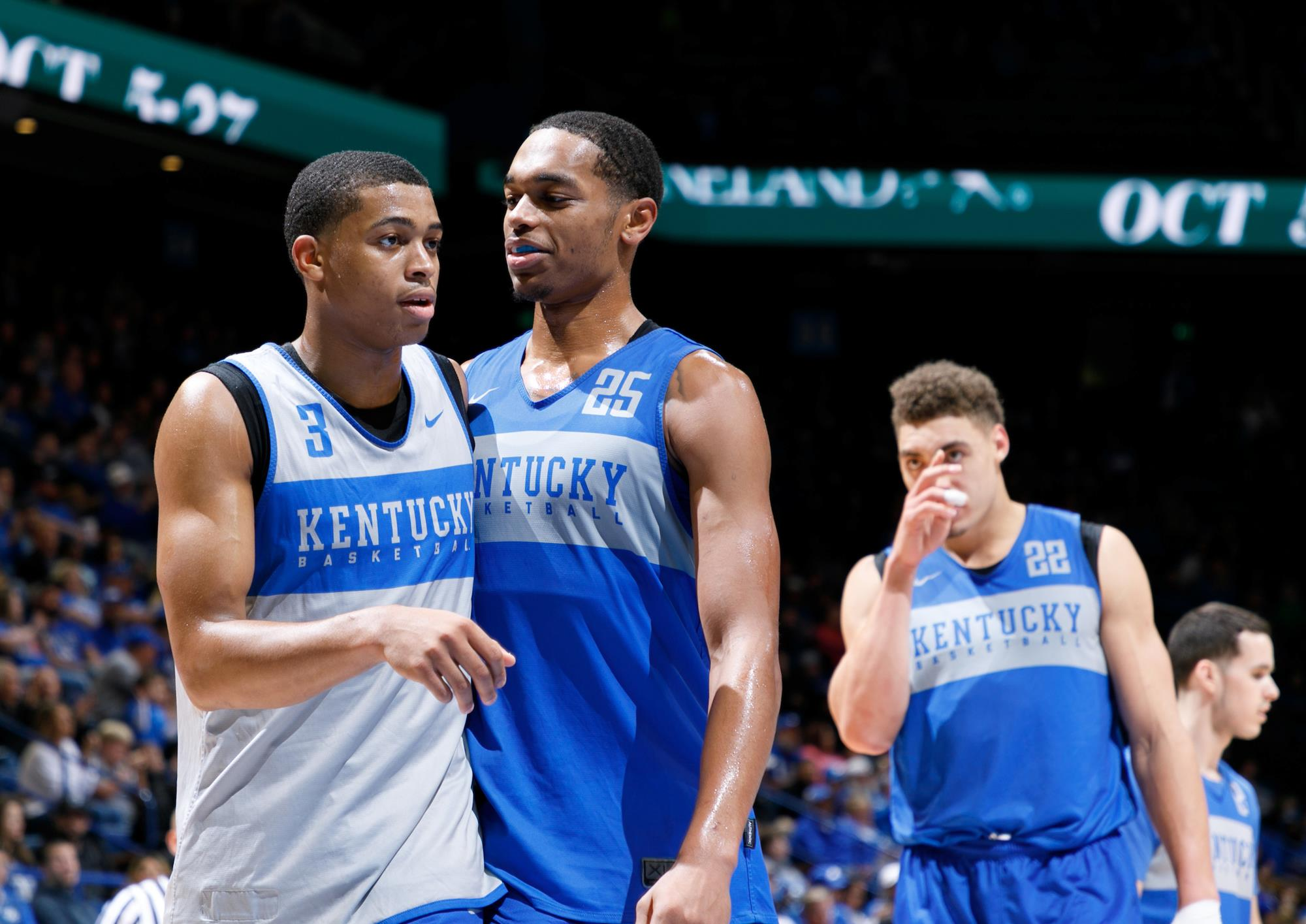 The trio is among 50 candidates for the 2019 Citizen Naismith Trophy, awarded annually to the national player of the year by the Atlanta Tipoff Club, while Washington and Travis are among 20 players for the National Association of Basketball Coaches Division I Player of the Year.

UK’s three preseason candidates on the Naismith list are tied with Duke for the most representatives. The Southeastern Conference, with nine candidates, trails only the Atlantic Coast Conference. The two Wildcats on the NABC list of 20 is also tied for the most in the country.

Anthony Davis, who collected virtually every major national player of the year award in 2012, is the lone Wildcat to win the Naismith Trophy in Kentucky’s decorated history. No UK player has ever won the NABC award.

Travis is a graduate transfer who earned All-Pac 12 First Team honors at Stanford a season ago after averaging 19.5 points and 8.7 rebounds per game. He scored in double figures in all but one of his 35 games, including a career-high 33 points at Washington. He finished his decorated career with the Cardinal having become one of just three players in program history to amass at least 1,400 career points and 700 rebounds in fewer than 100 games played.

The 6-foot-8 big man averaged a double-double during UK’s six exhibition games (including the Bahamas trip) with 12.8 points and a team-high 10.8 boards per game. He recorded double-doubles in the final three games, including a dominating 22-point, 14-rebound effort vs. Indiana University of Pennsylvania on Friday.

Washington is UK’s leading returning scorer at 10.8 points and rebounder at 5.7 per game. He started in 30 of the 37 games he played in a season ago. He saved his best basketball for late in the season where he scored in double figures in 11 of the final 12 games of the season, averaging 12.9 points and 6.8 rebounds per game while shooting 57.6 percent from the floor. He played in all 40 minutes and posted a double-double vs. Kansas State in the Sweet 16 with 18 points and a career-high 15 boards to couple with a career-high-tying three steals.

The sophomore from Dallas led UK in scoring during the exhibition slate with 15.0 points per game, in addition to 7.2 rebounds per outing. Washington shot 60.4 percent from the floor, blocked 10 shots and totaled seven steals. In the final exhibition tune-up, he posted 20 points, six rebounds and three swats.

Johnson is one of the headliners of another highly-touted signing class. The 6-6 guard out of Oak Hill Academy (Va.) averaged 12.8 points and 4.2 rebounds while shooting at a 53.8-percent clip during Kentucky’s exhibition games. Perhaps his best game so far was a 16-point outing vs. Mega Bemax, a professional team from Serbia, in the Bahamas.

Ranked as high as No. 7 overall in the 2018 signing class, Johnson was selected to both the McDonald’s All American Game and the Jordan Brand Classic in the spring. He was a consensus five-star prospect, was tabbed the Virginia Gatorade High School Player of the year and led his Boo Williams (Va.) AAU team to the semifinals of the Peach Jam.

Located in Kansas City, Missouri, the NABC was founded in 1927 by Forrest “Phog” Allen, the legendary basketball coach at the University of Kansas. Allen, a student of Naismith, organized coaches into this collective group to serve as Guardians of the Game. The NABC currently has nearly 5,000 members consisting primarily of university and college men’s basketball coaches. All members of the NABC are expected to uphold the core values of being a Guardian of the Game by bringing attention to the positive aspects of the sport of basketball and the role coaches play in the academic and athletic lives of today’s student-athletes. The four core values of being a Guardian of the Game are advocacy, leadership, service and education.

The Wildcats tip off their season Tuesday vs. Duke in the annual State Far Champions Classic. That game is scheduled for a 9:30 p.m. ET tipoff on ESPN, after the Kansas-Michigan State matchup.