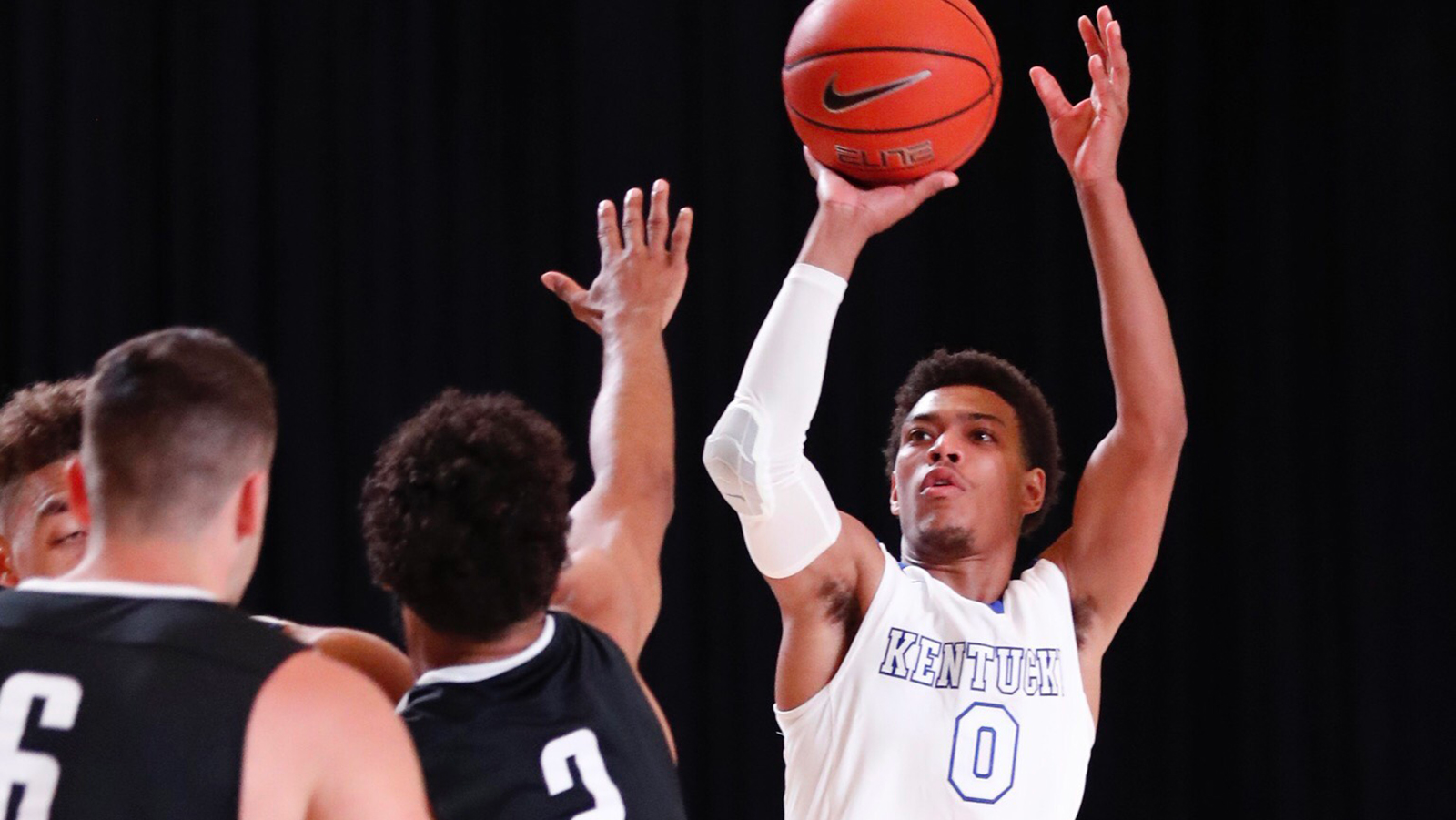 NASSAU, Bahamas – A productive trip to paradise ended on Sunday.

Kentucky spent the middle two games dominating quality international professional teams, stoking the flames of preseason hype in the process. In the finale against Team Toronto, the Wildcats got a reminder of the importance of playing with an edge.

Shots weren’t falling, the play was sloppy in the early going and UK had a slim 20-15 lead late in the first half. Then Kentucky rediscovered that edge.

“What I liked is we started the game and couldn’t make a shot and they come back and get it to four and there’s some adversity,” John Calipari said. “You need adversity. It’s the only way you can really learn.”

The Cats might not have had their legs playing their fourth game in five days, but they used a 19-4 run over the final 4:14 before halftime to build a big lead they would never relinquish. With a 93-60 victory, UK completed a four-game sweep through the Big Blue Bahamas Tour with an average margin of victory of 32 points.

UK’s front-court duo of Reid Travis and PJ Washington led the way, combining for 32 points and 24 rebounds. Washington’s 13 points and nine rebounds were more of the same from the sophomore, but Travis had his best offensive game of the trip. He had 19 points, including a pair of made 3s, to go with 15 boards.

Travis had struggled at times through the first three games of the trip, though the rebounding was always there. The graduate transfer from Stanford was expected to provide a veteran presence, but even he is facing a transition in a new system at Kentucky.

“When I was looking at schools, that’s why I came here,” Travis said. “I knew it was going to be tough and I wanted to be challenged in a way that I’ve never been challenged in my life. Even after these games when I struggle and I’m looking back, watching film, thinking about the games, this is ultimately why I came here. I didn’t want an easy path.”

Once again, Tyler Herro had a big game, pouring in another 15 points to punctuate a week that has already made him a fan favorite. Green, who has been solid in the Bahamas but overshadowed by an array of talented teammates, had his highest-scoring game of the week with 14 points in just 15 minutes. He made 6-of-9 shots, including 2 of 3 from 3-point range, and appears poised for a big sophomore season. Keldon Johnson, meanwhile, did nothing to quell the excitement accompanying his freshman season with his 13 points and seven rebounds.

Johnson and Herro are but two members of yet another impressive freshman class. Though Ashton Hagans and Immanuel Quickley might not score like the two swingmen, the point guards are disruptive on defense and creative on offense.

With the talent surrounding them, UK might not ever need explosive scoring from Hagans and Quickley. All that talent is adding up to rapidly escalating expectations for this team, which very well could present the greatest challenge for Coach Cal leading up to Big Blue Madness in October and eventually the start of the regular season in November.

“These are preseason games,” Green said. “This is nothing really. We gotta wait ’til the season starts, come back in August, September, October. That’s when real stuff starts.”

Good thing he’s done this kind of thing before.

“It’s August,” Calipari said. “I’ve been doing this too long. … Let me say this: I’m happy, and I’m happy with the guys. I really like this team. They like each other.”