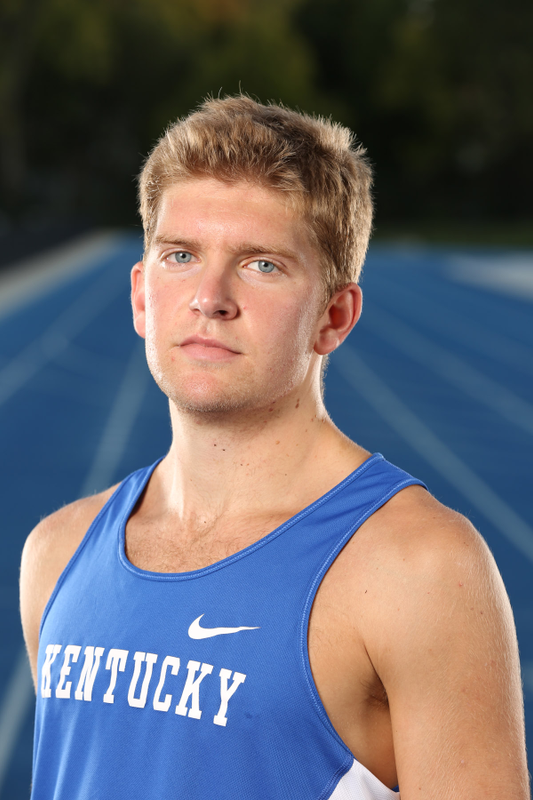 2013-14 (Freshman)
Outdoor – Competed three times, running a 14:57.35 5K at the UC Oliver Nikoloff Meet, where he placed seventh.
Indoor – 3K season-best of 8:38.54 came at the McCravy … Ran a 5K best of 14:52.78 at the Doc Hale Virginia Tech Elite Meet.
Cross Country – Competed at three meets, including the Pre-National Invitational featuring one of the nation’s deepest fields in addition to the SEC Championships … Ran 26:33.3 to finish 50th at the Pre-National Invitational, and improved his time to 26:20.8 at SECs.

Prior to UK
Comes to UK from Dayton after enjoying a stellar high school career in Ohio in cross country and track and field … Was a four-time State Cross Country Meet qualifier winning the State Title in 2009 … Also qualified for the 2011 Footlocker Cross Country Nationals where he placed 28th … Competed at two cross country meets in 2012 at Dayton with an 8K season-best time 26:00.5 at the All-Ohio Cross Country Championships.