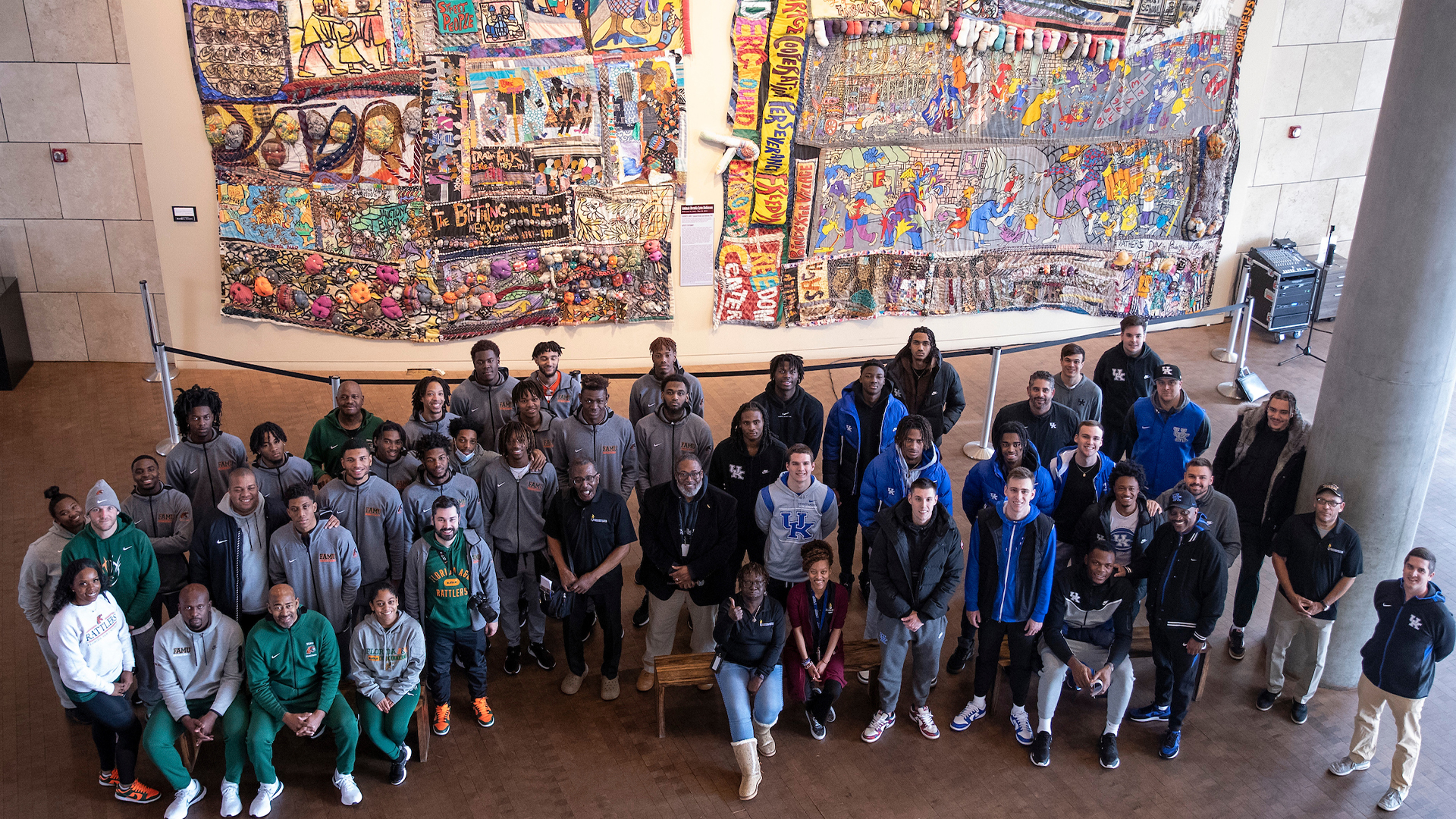 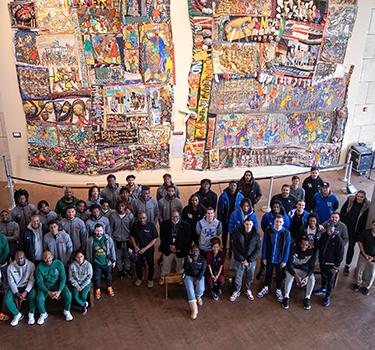 Wednesday’s game between Kentucky and Florida A&M at Rupp Arena will headline the Unity Series, an ongoing program with this week’s meeting as the centerpiece of education opportunities about far more than just basketball.

The 7 p.m. game will be the second in five consecutive seasons of matchups between UK and institutions from the Southwestern Athletic Conference, which is made up of historically black colleges and universities. The games will seek to raise awareness of the missions of the HBCUs and to raise funds to provide opportunities for students at their institutions.

Additionally, students from local Lexington elementary schools will be special guests at the game.

The week began with a joint trip the National Underground Railroad Freedom Center in Cincinnati on Monday. Players, coaches and staff from both UK and Florida A&M met at the Freedom Center and received a guided tour. The museum was established in 2004 to reveal stories of freedom’s heroes – from the era of the Underground Railroad to contemporary times – and to challenge and inspire people to take courageous steps for freedom.

During the game on Wednesday, UK and the SWAC will honor Unity Series Legends, honoring a representative of each school who has a history as a trailblazer in diversity, equity and inclusion.

The 2022 Unity Series Legends are Reggie Warford from the University of Kentucky and Clemon Johnson from Florida A&M.

Warford was the first Black men’s basketball player to graduate from the University of Kentucky. He played for the Wildcats from 1973-76 and was a member of the NIT Championship squad in 1976 and the 1975 NCAA Tournament’s runner-up team. Warford was inducted into the Kentucky High School Athletic Association Hall of Fame in 2019. He played for Drakesboro High School in Muhlenburg County where he was a second-team All-State selection after averaging 27 points per game his senior season. Warford passed away in May of 2022. 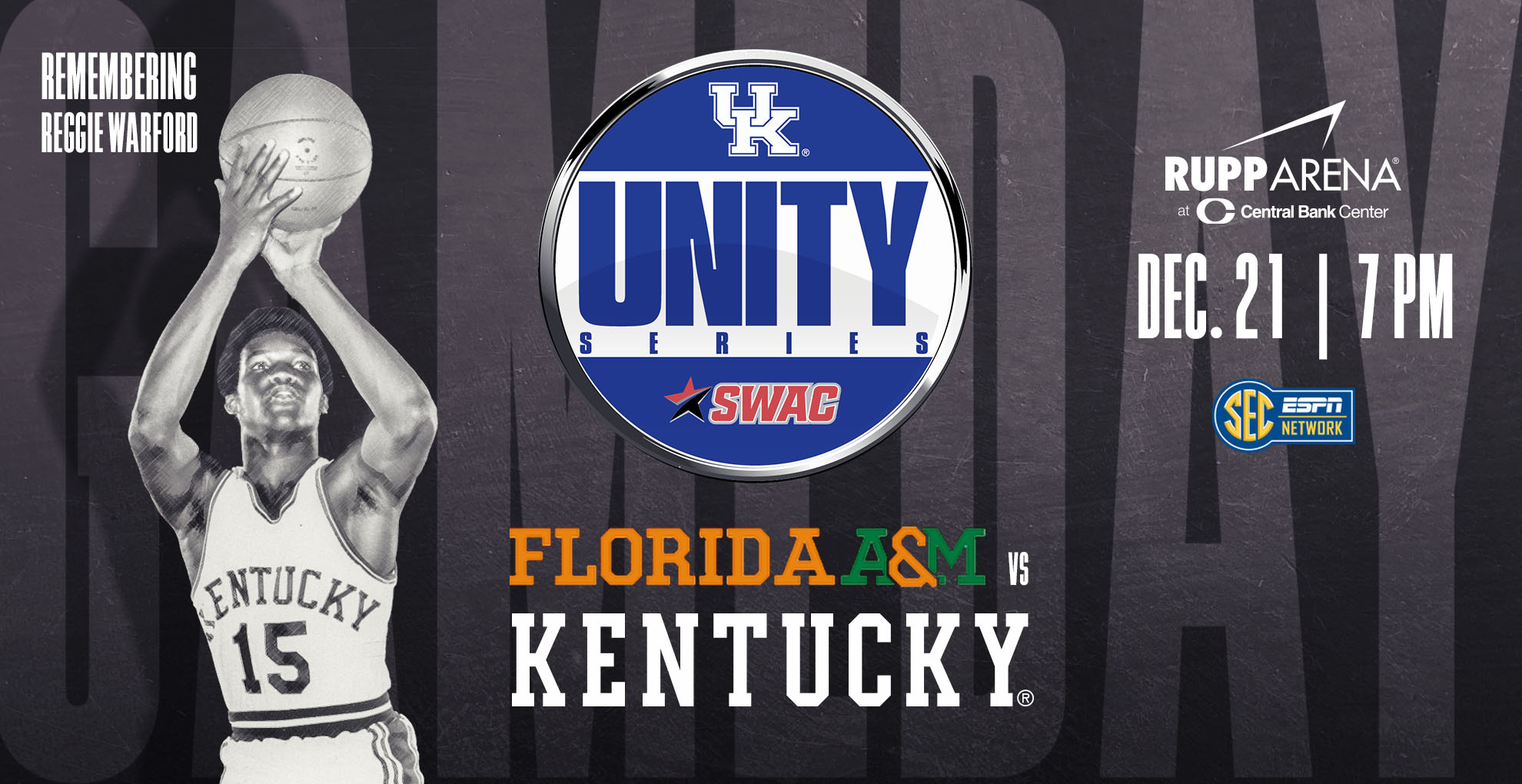 Johnson played at Florida A&M from 1974-78 where he earned a bachelor’s degree in economics and a master’s degree in sports management. He was selected with the 44th pick of the NBA Draft to the Portland Trail Blazers and played for 10 seasons. Johnson won an NBA title with the Philadelphia 76ers in 1983. Following his playing career, Johnson became an economics teacher and high school basketball coach in Tallahassee, Florida, before becoming a collegiate head coach. Johnson coached at both Alaska Fairbanks and Florida A&M. He was his alma matter’s head coach from 2007-11.

Johnson helped establish a Boys and Girls Club in his hometown of Monticello, Florida, and is currently creating interest in refurbishing the old high school gymnasium in Monticello with intentions of establishing an after-school program concentrating on reading and writing, sports training and creating a community center in the area.