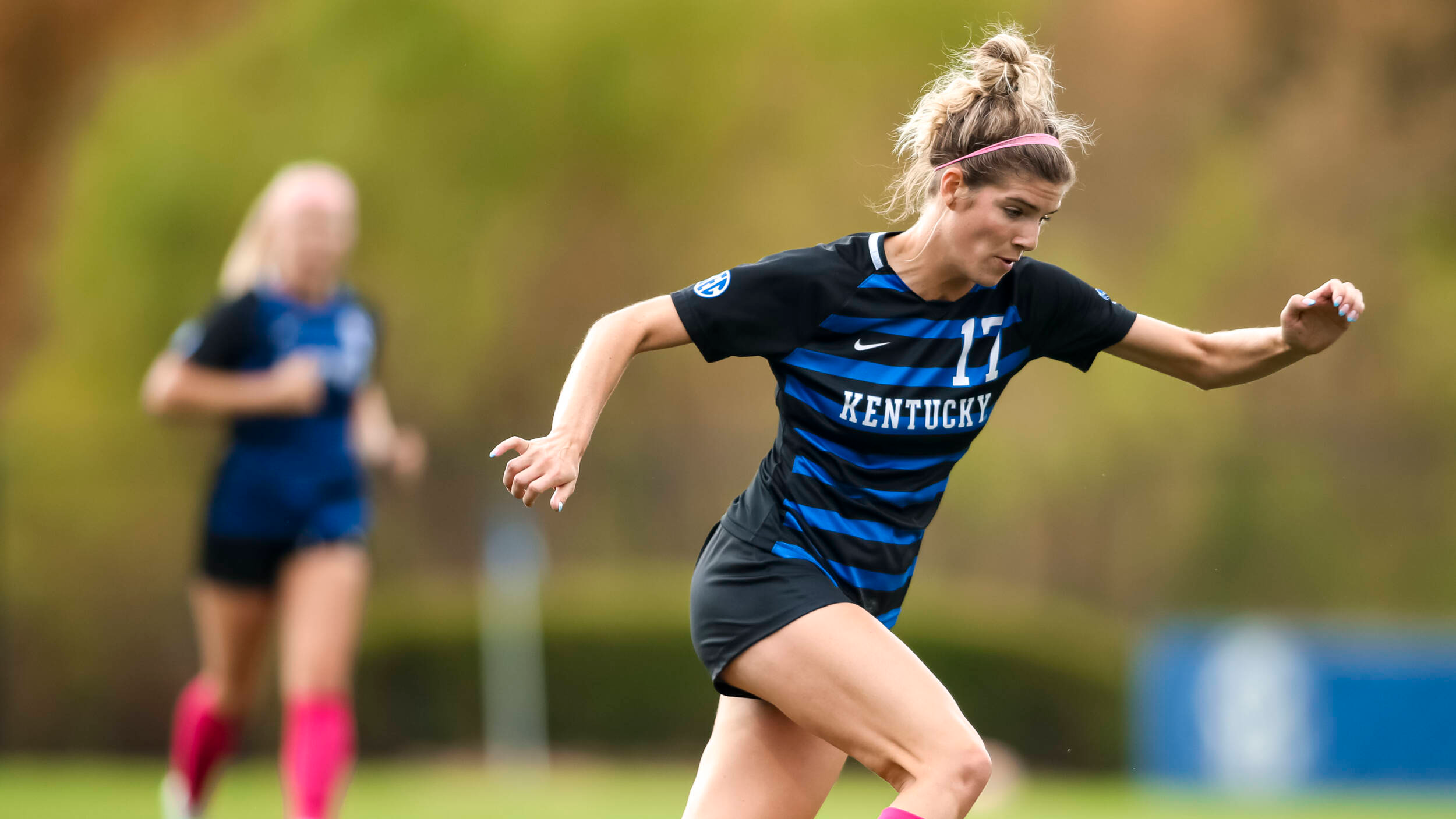 COLUMBIA, Mo. – Just three games remain for Kentucky women’s soccer in the 2022 regular season, a final stretch which begins on Thursday night as the Cats face Missouri at 7 p.m. EDT on SEC Network.

Mike Watts and Jill Loyden will have the call for what is Kentucky’s third and final nationally televised match this season.

UK (7-7-1, 0-6-1 SEC) is coming off its first result in conference-play, a 1-1 draw vs. Florida this past Sunday in Lexington. Freshman Madison Jones knotted the contest with her second goal of the season in the 80th minute, coming up big for the Cats in her first collegiate start.

Mizzou (5-7-2, 2-4-1 SEC), meanwhile, suffered a 2-0 setback to Georgia its last time on the pitch, and enters having been shutout in four of the team’s last five matches.

After conceding multiple goals in its first five conference contests, Kentucky’s defense has sturdied of late, allowing just one score in each of its last two outings.

Freshman Mallory Glass has been a reliable presence in the midfield, leading the team with 1,222 minutes played for the season. Glass ranks second in the SEC among freshman field players in minutes and is the only first-year to lead her respective team in time played.

Led by second-year head coach Stefanie Golan, Missouri owns a pair of SEC wins, having knocked-off Auburn and Florida. Both results came at the Audrey J. Walton Soccer Stadium, where the Tigers are 5-3-1 for the year. Sophomore Kylie Dobbs has a team-high three goals, while classmate Milena Fischer leads the Tigers with seven points.

In goal, redshirt freshman Bella Hollenbach has made all 14 starts for Mizzou, tallying 43 saves and surrendering 19 goals.

Kentucky trails the all-time series tally, 3-9-2, but earned a 2-0 victory when the schools met last October. Jordyn Rhodes and Úlfa Úlfarsdóttir each scored in what was the lone win in SEC play for the Wildcats last season.