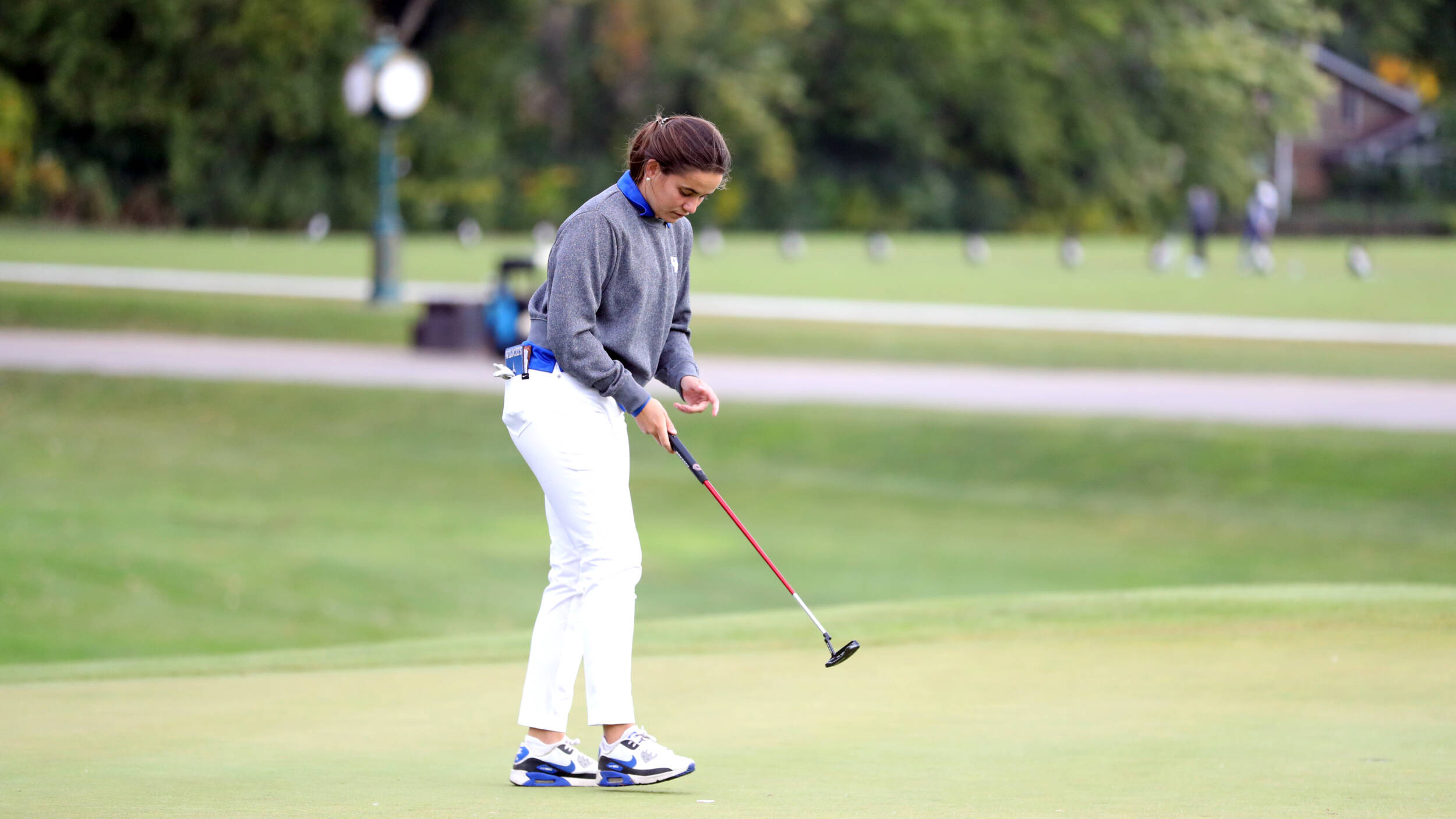 CHAPEL HILL, N.C. – The University of Kentucky women’s golf team is back in action this week, competing at the Ruth’s Chris Tar Heel Invitational Oct 17-18. Unique to this year, the tournament will take place at the Governors Club Golf Course in Chapel Hill, North Carolina, a par-72, 6,203-yard track.

The Wildcats will make their first appearance back on the golf course since winning the Illini Women’s Invitational last week, while the tournament will mark their last of the fall season.

“We’re excited to compete again this weekend,” said head coach Golda Borst. “The Governors Club is in a great spot right now, the course looks phenomenal! This is a quick turnaround from our tournament last week, but we were able to have a couple solid practices before we hit the road again. We look forward to getting right back to our process and can’t wait to compete again tomorrow.”

Kentucky is coming of its first tournament championship since Fall 2020, as the Wildcats recorded a school-record, 30-under-par 830 to top the leaderboard at the Illini Women’s Invitational at Medinah Country Club on Oct 10-11. The Cats also broke a school record for the lowest team round in program history with a 13-under-par 275.

Kentucky will sport the same fivesome from that tournament championship this week in Laney Frye, Jensen Castle, Marissa Wenzler, María Villanueva Aperribay and Ivy Shepherd. The Wildcats have used that combination in all three of its tournaments thus far this season.

Just five days ago, Castle, a senior from West Columbia, South Carolina, put together the second-best, 54-hole tournament total of her career on an 11-under-par 205 to earn a share of fourth place. Castle has paced the lineup in the last two tournaments, averaging an impressive 69.7 scoring average during that stretch. Five of those six rounds were par-or-better, including her last four straight rounds.

There is little separation between Castle and Frye, as both Cats are performing at the top of their game this season. Frye, a junior from Lexington, Kentucky, has a 70.5 scoring average through nine rounds in 2022-23. She is coming off a career-best, 54-hole tournament total on a 10-under-par 206 to tie for seventh place at the Illini Women’s Invitational. It marked the second tournament this fall that she has strung together three rounds of par-or-better, while it is also her second top-10 finish of the fall.

Wenzler, who is second in the lineup for the second straight tournament, has gotten better with each tournament, particularly in the latest event. The senior from Dayton, Ohio, who is playing at the top of her game, pieced together rounds of 68, a career best, 69 and 71 last week, playing a major role in Kentucky’s tournament championship. She scored an 8-under-par 208, a career best, while it marked the first tournament total under par of her career – through 28 rounds in more than three seasons.

María Villanueva Aperribay and Ivy Shepherd will anchor the lineup, with Villanueva Aperribay coming off her first 54-hole tournament total under par in two seasons and Shepherd finishing with a season-best, even par at the event. The pair both improved their scoring averages by almost a whole stroke after their most recent successful run at the Illini Women’s Invitational, to 73.5 and 73.6, respectively.

This will mark the Cats’ seventh all-time appearance at the Ruth’s Chris Tar Heel Invitational, with their first appearance occurring in 2007-08. Its best finish at the event came just last season, when Kentucky finished in a tie for fifth place on a 1-under-par 863.

The forecast shows a slight chance of showers and thunderstorms for Monday, and sunny skies and a high of 55 degrees for Tuesday.