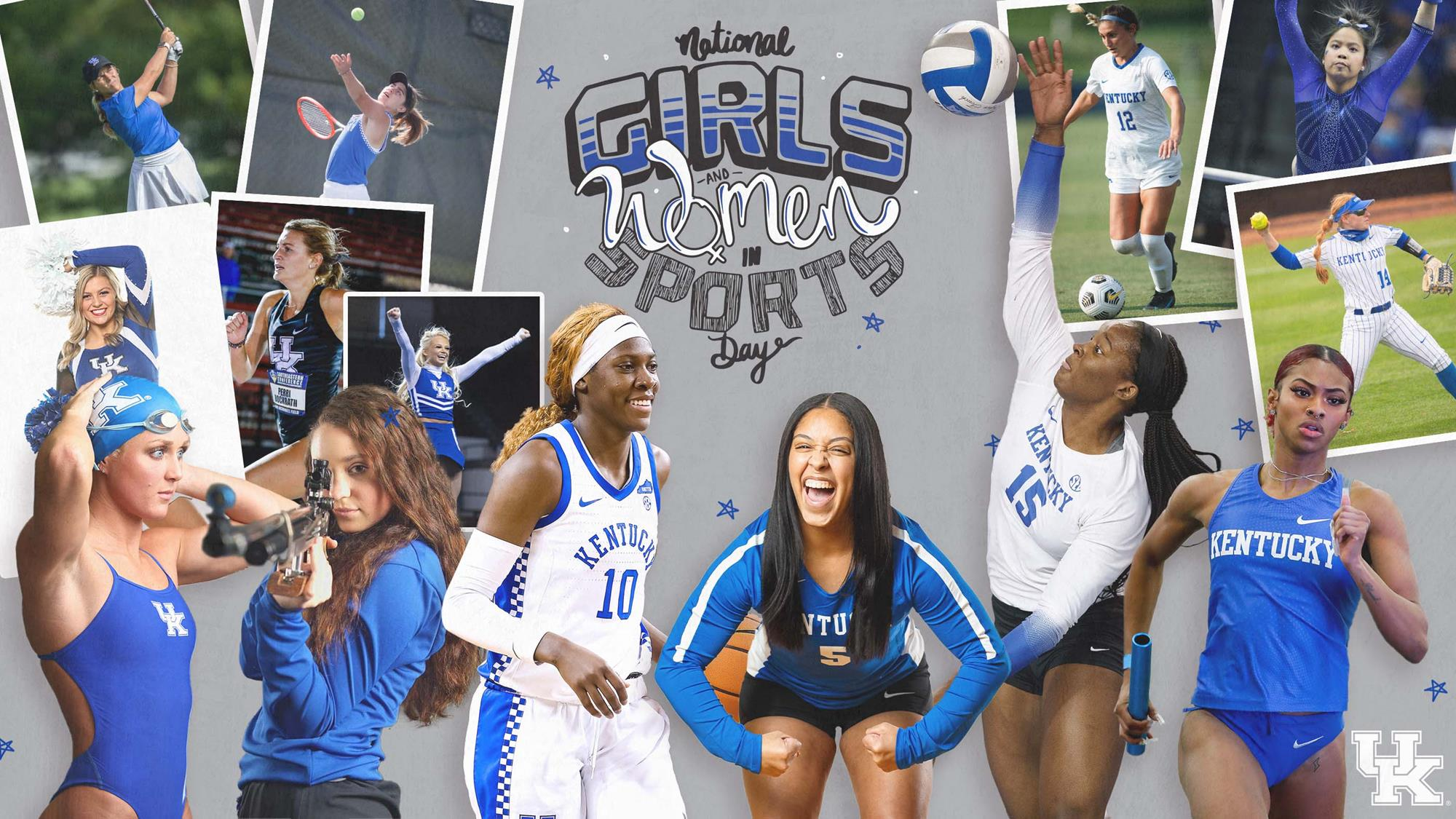 by Jake Most
Share
LEXINGTON, Ky. – The University of Kentucky Athletics Department’s 50th Anniversary celebration of Title IX will kick off inside Rupp Arena at Central Bank Center on Wednesday, Feb. 2 in honor of “National Girls and Women in Sports Day.”

All of UK’s 12 women’s sports teams, plus the women of the coed rifle team, and the cheerleading and dance teams, will take the court at halftime of the Kentucky Men’s Basketball game in front of 20,000 members of Big Blue Nation. The campaign will honor the past, present and future of women in UK Athletics across competition surfaces, community and culture.

The “UK Athletics Title IX at 50” celebration will encompass linear, social, digital and physical activations as the athletics seasons ramp up and reach crescendos in the spring of 2022.
The year-long celebration also will feature an unveiling of Kentucky’s 50 greatest women student-athletes from the last half-century in no order.
“UK Athletics Title IX at 50” will pay tribute to generations of women athletes and their fans.
Throughout the year, UK will also continue its decades-long legacy of growing access and opportunity to women’s athletics while renewing its commitment to equity.
A commemorative UK Athletics Title IX at 50 logo will appear throughout the year on departmental promotional materials, and in original broadcast, digital and social media content.  The logo honors Kentucky’s graphic identity while celebrating women’s sports and UK Athletics women’s sports teams’ tremendous success.
50th Anniversary Team
A blue-ribbon panel of administrators and UK Athletics Hall of Fame members will select a Title IX 50th Anniversary Team, featuring the 50 greatest women athletes of Kentucky’s last 50 years. The team will be comprised of 50 women student-athletes in no particular order. Only athletes who have exhausted their eligibility will be included in the top-50.
Ten team members will be named each month, leading up to June 23 anniversary of the signing of Title IX of the Education Amendments of 1972, legislation put in place to end discrimination on the basis of sex.

Title IX at 50
“No person in the United States shall, on the basis of sex, be excluded from participation in, be denied the benefits of, or be subjected to discrimination under any education program or activity receiving Federal financial assistance.” – Signed by President Richard Nixon on June 23, 1972.
While the federal legislation applied to the entire education sector, some of the greatest impacts of Title IX applied in the athletics field.
About UK Athletics
UK Athletics is a leader in college sports, sponsoring 23 varsity sports teams (12 women’s teams plus the coed rifle team) and hundreds of student-athletes, competing for championships, ensuring their education and well-being, and providing opportunities for the present and future.