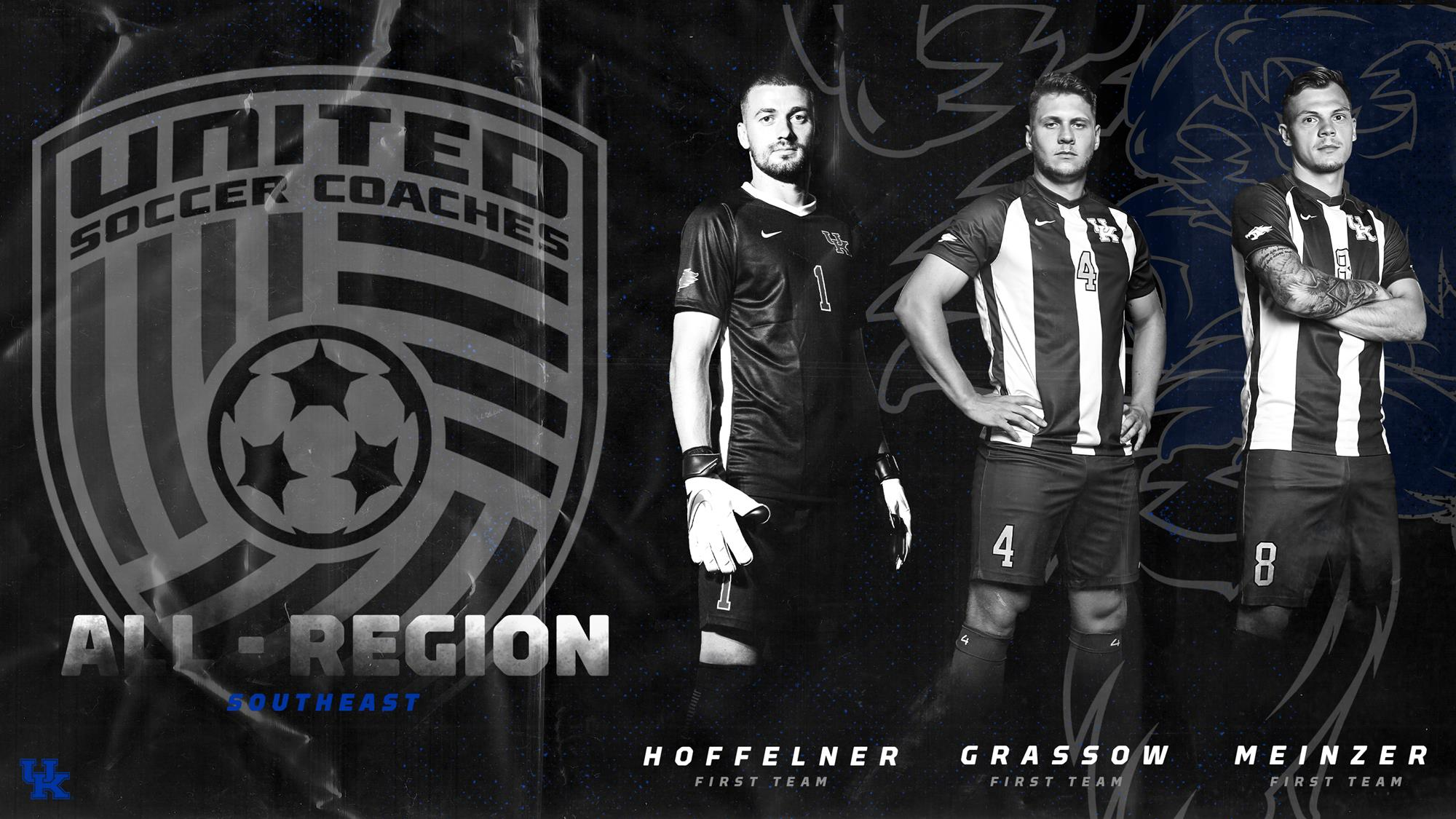 United Soccer Coaches named Hoffelner one of 15 semifinalists for the 2021 Missouri Athletic Club Hermann Trophy last Tuesday. He leads the nation outright in goals-against average (0.417) and is tied for the lead in shutouts (12).

Hoffelner earned Conference USA Goalkeeper of the Year, first-team All-C-USA and C-USA All-Tournament Team honors, as well as the C-USA Golden Glove Award, during his lone season in Lexington.

Grassow’s breakout junior season included 19 starts in 20 appearances on the UK backline. He contributed to all 12 shutouts and added nine points by way of three goals and three assists on the offensive end. Grassow was named to both the All-C-USA first team and the C-USA All-Tournament Team, earning C-USA Championship Defensive Most Valuable Player honors.

Meinzer, one of two UK team captains, capped off his senior season with two goals and one assist in 18 starts. He was also named to the All-C-USA first team and C-USA All-Tournament Team. He appeared on the United Soccer Coaches All-Southeast Region third team in 2019.

Kentucky ended its 2021 campaign with a 15-2-4 record, its second C-USA Championship crown and third appearance in the NCAA Championship round of 16 in the last four years. The Wildcats opened the season with a program-best 14-game unbeaten streak and won each of its regular-season non-conference matches for the first time ever before finishing undefeated at home and tying the school record for the fewest losses in a single season.