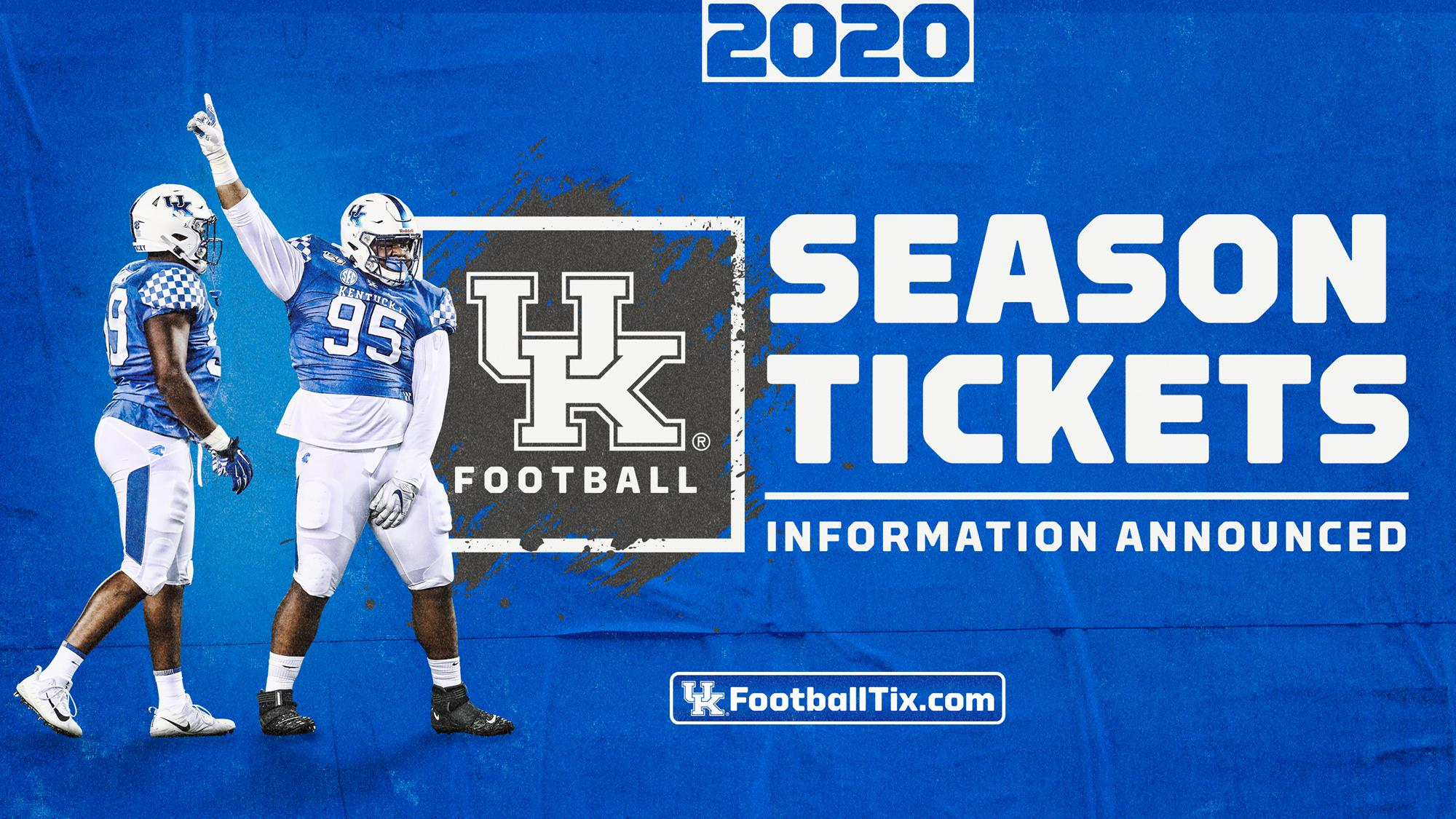 LEXINGTON, Ky. – The Big Blue Nation appears energized for what projects to be an exciting 2020 season for Kentucky football.

Renewals are available online through each season ticket holder’s My UK Account at UKathletics.UKcom/renew, while paper invoices will be mailed later this month.

Fans still have time to select their new season tickets and gain access to the best seating inventory before they go on sale to the general public by contacting the UK Ticket Office or clicking here to be contacted by a personal ticket rep.

New season tickets will go on sale Feb. 14, at which point fans will be able to browse the Kentucky Football Virtual Venue to view seats and work together with a personal ticket representative to compare and purchase available seat locations. Fans can gain priority access to the best seat locations prior to the public on-sale date and earn exclusive incentives by placing a $50 per seat deposit or by contacting the UK Sales Office at (800) 928-2287 (Option 1). Season parking permits, primarily in the newly created purple lots behind the east endzone, are also available to new purchasers for the 2020 season, while supplies last. Special season ticket discounts are available to regular, full-time University of Kentucky faculty and staff as well as K Club Varsity Letter Association members.

Benchmark 2: Renew or purchase by April 10:

Single-game ticket information will be released at a later date. A variable pricing model implemented based on fan feedback will be in place with ticket prices based on seating location and opponent to provide many options to fans. Season tickets remain the best value for fans to attend games at Kroger Field.

Student season ticket information for 2020 will be released at a later date at UKStudentTix.com, and students will receive more information by email in the spring.

The Kentucky football team finished the 2019 season with a record of 8-5 after defeating Virginia Tech in the Belk Bowl in thrilling fashion. With the win, Mark Stoops joined Bear Bryant and Rich Brooks as the only coaches in program history to lead UK to back-to-back bowl championships.