Rain rolled in to Lexington on Wednesday afternoon, turning Kentucky’s second practice ahead of a trip to South Carolina this weekend into a sloppy one.

With the chance of rain at 60 percent in Columbia, S.C., on Saturday, that wasn’t a bad thing.

“We had a good practice,” defensive coordinator D.J. Eliot said. “It was a wet one, but that’s good to practice in that condition. Guys stayed upbeat and worked hard. What we expected from a Wednesday practice.”

In addition to preparing for the Gamecocks, UK is addressing the second-half lapse that forced the Wildcats into needing a big three-and-out on defense and subsequent game-winning touchdown on offense to preserve a 40-33 season-opening victory.

In reviewing the defense’s play, Eliot saw a unit that played relatively well through UL Lafayette’s first 70 plays before faltering late. The change coincided with a mass substitution made when the Cats led 33-10.

With UK’s young roster, most of the players subbed in at that point were young and some were even true freshmen. They made some of the mistakes that you would expect them to make, leading in part to the 479 yards the Ragin’ Cajuns gained.

“I think a part of it was just they were caught up in it, in the moment,” Eliot said. “They’re all going to be good players and I’m not discouraged with any of them. It was just a good learning moment for them. Fortunately we were able to pull it out at the end and get the win.”

“That’s why we gotta have depth,” Eliot said. “It’s a long season and we did try to substitute, but at times those backups, especially those young players, were not able to execute. We’re going to get better at that.”

Kentucky will need to execute at a high level come Saturday. The Cats will be contending with Steve Spurrier, one of the brightest offensive minds in the game, as well dynamic junior Pharoh Cooper, who pulls double duty as South Carolina’s top wide receiver and wildcat back.

“Pharoh Cooper is one of the best wide outs in the league,” Eliot said. “You’ve gotta be able to defend him.”

The Cats would get a boost in defending Cooper if Ryan Flannigan is able to play. The senior linebacker, however, was once again a limited participant in practice on Wednesday and remains questionable. 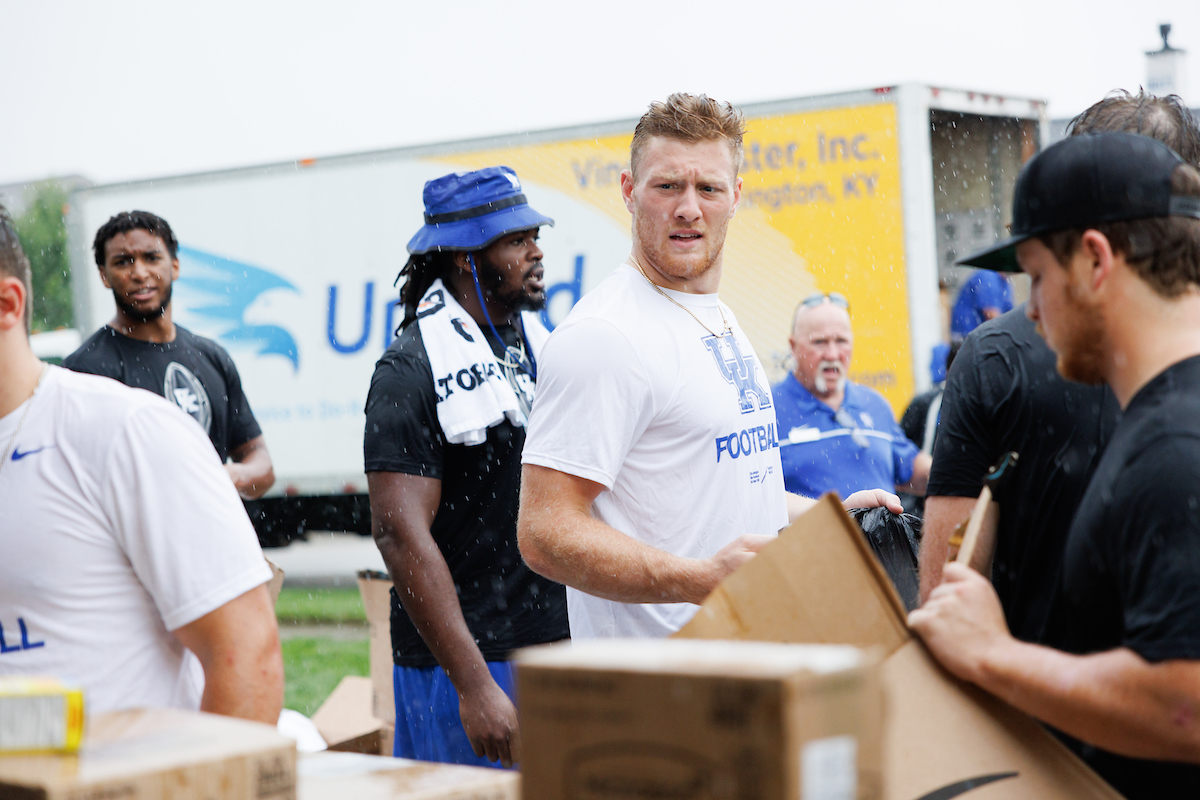